This interdisciplinary project is a collaboration between researchers from the Division of Language and Communication Science and the Centre for Human Computer Interaction Design. 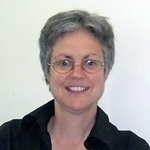 Jane qualified as a speech and language therapist in 1987. She worked in the aphasia unit of an acute hospital for three years before undertaking a PhD exploring sentence processing impairments in aphasia. Her postdoctoral research has investigated numerous aspects of aphasia including: further work on sentence processing, jargon aphasia, proper name impairments, the use of writing and drawing in therapy, aphasia in users of British Sign Language and aphasia in bilingual language users.

Stephanie is Professor of Human-Computer Interaction and Co-Director of the Centre for HCI Design at City. Her research focuses on interactive technologies for healthcare, creative and inclusive design, co-design and technology for aphasia. Alongside her work on EVA Park, Stephanie is currently leading the INCA project which is investigating novel technologies for people with aphasia to create and curate digital content. Stephanie teaches interaction design and usability evaluation to postgraduate students. 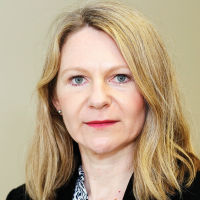 Madeline qualified as a speech and language therapist in 1997. She studied for her undergraduate degree and doctorate at the University of Queensland, Australia. She has 20 years research, teaching and clinical experience in post-stroke aphasia rehabilitation and long-term recovery. Her PhD research focused on the relationship between communication and quality of life in ageing. Her subsequent research has focused on different treatments and rehabilitation approaches to improve the language and the lives of those with aphasia. She is currently a Reader in the Division of Language and Communication Science, involved in teaching and research supervision. 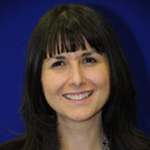 Celia is the Director of the City Aphasia Research Clinic in the Department of Language & Communication Science at City University London. Her career has spanned a broad range of approaches to aphasia therapy, from pioneering interventions based on a social model of disability to doctoral and post-doctoral research into speech perception deficits in aphasia. Celia trained as a Speech & Language Therapist after a first degree in Linguistics & Cognitive Science and initially worked in the NHS, specialising in work with adults who have communication difficulties due to stroke or other neurological illnesses. She is co-author of Beyond Aphasia (Pound, Parr, Lindsay & Woolf, 2000) a book which has influenced practice across the UK and internationally. 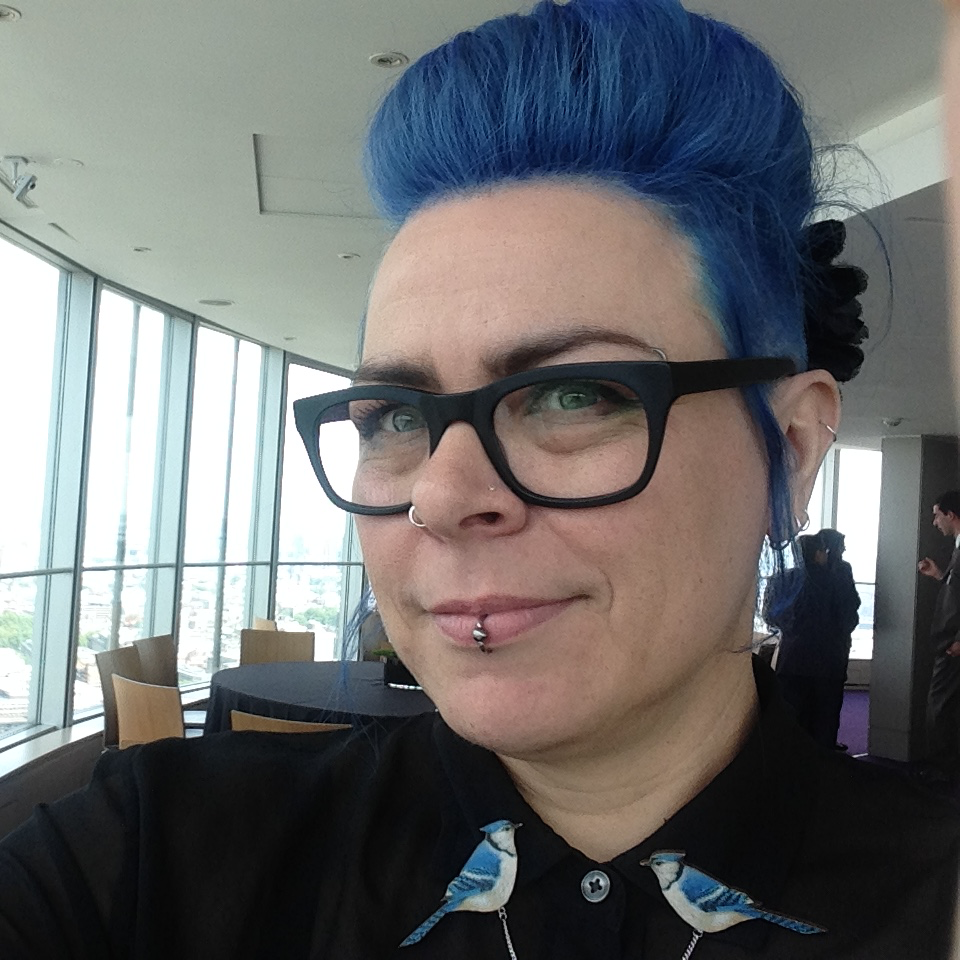 Tracey is a researcher, PhD student and Interaction Lab consultant in the Centre for Human-Computer Interaction Design. She has a MSc in Human-Centred Systems from City University London. As the developer of EVA Park, she translated input gathered from aphasia consultants during co-design workshops into an engaging virtual environment designed to meet the access needs of people who have aphasia. Prior to joining the EVA team she spent a decade working on technology-based projects within the voluntary sector.

Anna is a qualified speech and language therapist and researcher. She began her career working in the NHS in a range of paediatric and adult settings, where she developed a particular interest in stroke rehabilitation. She completed a PhD in 2013, investigating the use of gesture therapy for people with severe aphasia. Her research interests include the use of technology in aphasia therapy for people with reading and writing difficulties. She was also a clinical tutor at City, working with under- and post-graduate students of Speech and Language Therapy, and has now taken up a lectureship at the University of Essex. 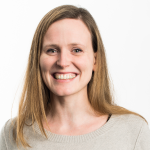 Niamh qualified as a speech and language therapist in 2005 and began her career in the NHS working in a variety of adult and paediatric settings. Before joining City University London she specialised in stroke rehabilitation. She has a first class BSc (hons) in Speech and Language Therapy from City University and postgraduate training at master’s level in acquired language impairments. She is interested in researching aphasia therapy. She is inspired to strengthen the links between research and practice; bringing her clinical skills to research projects and in turn producing research that enables evidence-based practice. 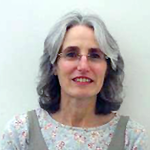 Julia is a researcher in the Centre for HCI Design. Her research interests include safety-critical user interface design and new technologies within healthcare. Her PhD research investigated computer models of co-operative dialogue. Communication has remained a major interest, particularly involving graphics and symbols. For her masters research, she designed a system of communication using Blissymbolics for a student with cerebral palsy. 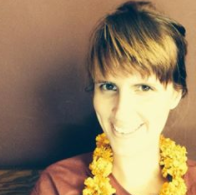 Helen is a qualified speech and language therapist who has experience working in specialist stroke and neurological rehabilitation units. She has an undergraduate degree in psychology from the University of Nottingham and a post-graduate diploma in speech and language therapy from City University.  She is interested in how new technology might be used to support better communication and quality of life for people with aphasia. Helen is passionate about aphasia research and alongside working on the EVA project is completing an MSc project on language comprehension in aphasia. 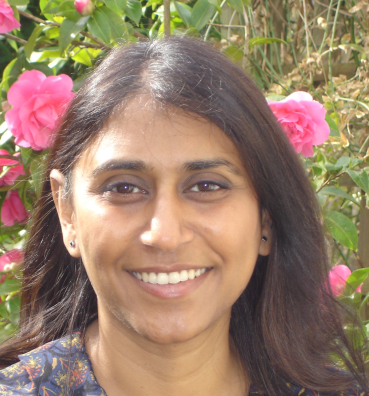 Anita Patel is a health economist. She worked as a university researcher for over two decades and is now an independent consultant. Anita’s research aims to establish whether new treatments provide good value for money given the limited resources that are available in health services. She has worked on many multi-disciplinary projects related to stroke care, as well as other complex conditions that are similarly challenging to manage. Her other current work in the area of stroke includes estimating the economic burden of stroke to UK society, and developing and evaluating an intervention to help reduce sedentary behaviour after stroke.

Abi is a qualified speech and language therapist and researcher. She specialises in the use of technology in speech and language therapy. Abi completed her PhD in 2016, exploring the use of a computer gesture therapy for people with severe aphasia. She is also an avid tweeter and likes to share aphasia news using social media. You can find out what she’s currently twittering on about via twitter.com/abracabadger. 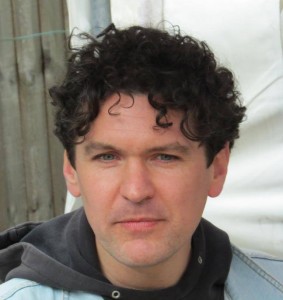 Richard is a qualified speech and language therapist, with experience in a variety of adult neurology settings. He currently works part time in community rehabilitation in Sussex, alongside his research post on the EVA project at City. He has an undergraduate degree in Artificial Intelligence from Sussex University, and an MSc in Speech and Language Sciences from UCL. He is interested in the application of technology to aphasia rehabilitation, and bolstering links between research and clinical practice. 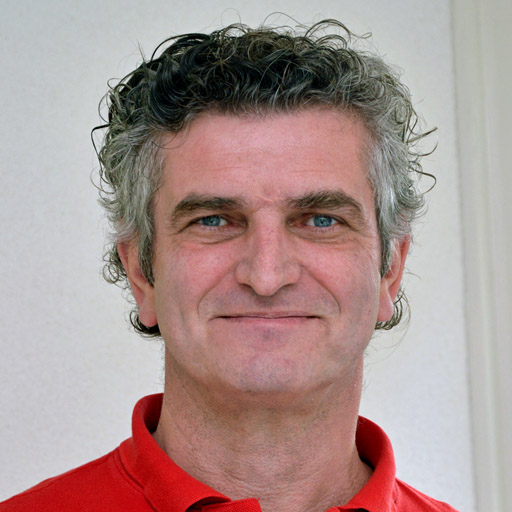 Nick is an IT specialist from the Netherlands, specialiseing in programming and managing educational projects in virtual worlds like OpenSimulator. Prior to joining the EVA Park team he has worked as researcher for the University of Alcalá de Henares in Spain investigating the use of OpenSimulator for language education and has been consortium partner at the European funded TILA project, researching the use of virtual worlds for on-line telecollaboration and language education within European countries. You can find out more about Nick’s work at 3dles.com 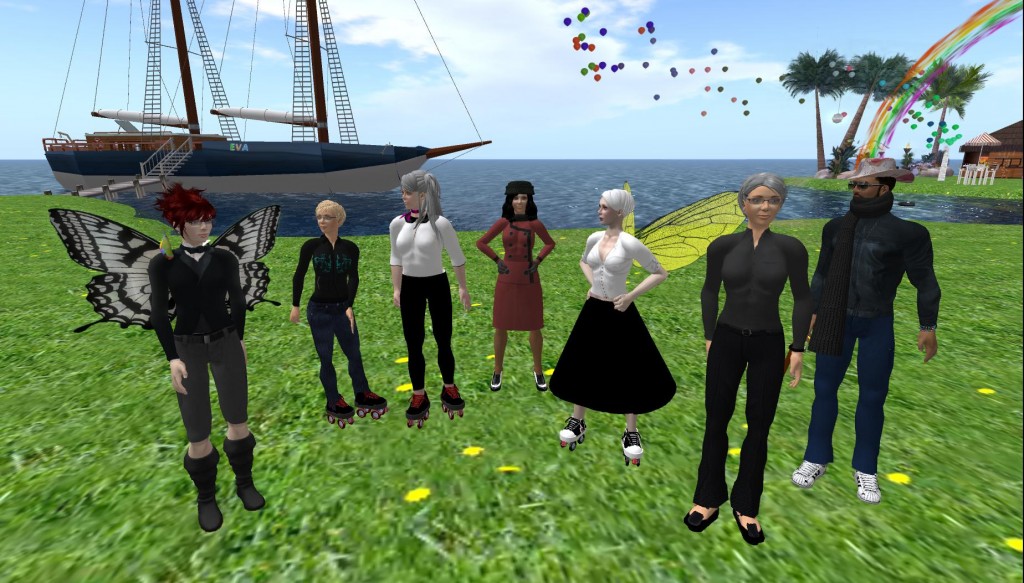